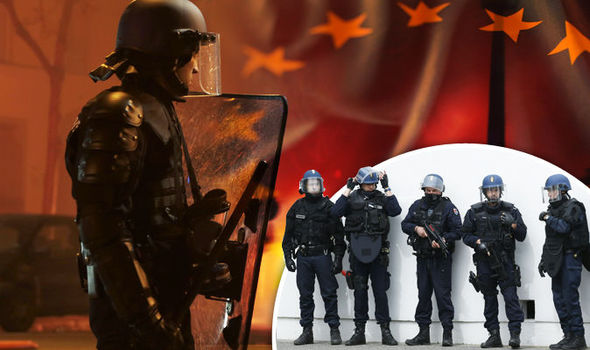 The training, which took place in the German province of North Rhine-Westphalia, was aimed at preparing troops for the EU’s lowland gendarmerie program. Breitbart London said the exercise brought together 600 members of various European police and military forces, with the aim of preparing the united troops for the European END_OF_DOCUMENT_TOKEN_TO_BE_REPLACED