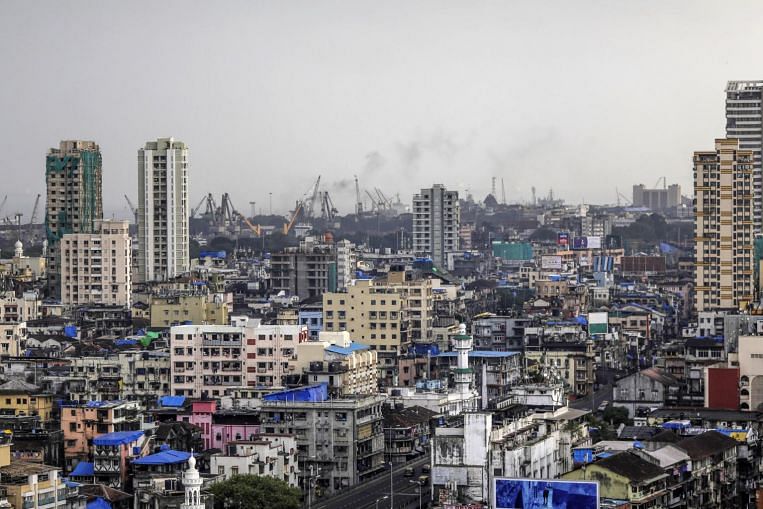 MUMBAI (BLOOMBERG) – Credit markets are issuing warnings for other asset classes amid unprecedented rise in Covid-19 cases in India.

Companies have defaulted on at least 57 billion rupees (S $ 1 billion) of domestic bonds this year, the highest on record for a similar period. Traders expect more. They pushed the spreads on local A-rated corporate bonds over AAA ratings to a 17-year high, a sinister sign for smaller companies which tend to have those lower ratings and which form the basis of the 2.7. trillion US dollars (S $ 3.6 billion) economy.

All of this suggests the need for greater caution in equity and government bond markets, which have held up better despite volatility. While defaults largely concern smaller, often unlisted borrowers, they add to the challenges for policymakers already struggling with one of the world’s worst bad debt ratios. On top of that, the Covid outbreak risks stoking inflation as local restrictions disrupt supply chains, threatening to limit the central bank’s options to boost the economy.

“We cannot expect that there will be good news on the economy, good news on earnings and stock prices will go up,” said Sunil Subramaniam, Managing Director of Sundaram Asset Management Co “It will undoubtedly be a volatile time for the market.”

In recent days, investors in equities and government bonds have focused on more bullish signals as the government refrained from broad nationwide lockdowns. India’s S&P BSE Sensex index hit a three-week high on Tuesday (April 27) after a US move to offer vaccine support, and continued to rise on Wednesday.

But there have been growing concerns. Despite the recent rally, Indian stocks are lagging behind their Asian counterparts this month after outperforming for four consecutive quarters.

And while some long-term investors, including Fidelity International and Invesco, have said they are looking for opportunities to add stocks, sentiment has deteriorated overall among global equity funds. Foreign investors sold net Indian stocks of US $ 1.2 billion this month through April 26, on track for the worst exit since March 2020.

India’s central bank managed to tame yields with the announcement of a QE-style bond purchase program earlier this month. That caused the benchmark 10-year sovereign bond yield to fall by about 12 basis points in April, the biggest drop in six months. The rupee has also rebounded in recent days, breaking out of its lowest level against the dollar since August earlier this month.

But returns have been volatile, with traders worried about the possibility of increased government spending to mitigate the impact of the pandemic. Finance Minister Nirmala Sitharaman raised the possibility of advancing planned loans.

Concerns over the supply of government notes have already forced underwriters to rescue bond auctions and the central bank to cancel some.

Meanwhile, concerns about the economic impact of the Covid resurgence left the rupee down about 2.1% in April against the dollar despite the recent recovery, predicted for the worst decline since March of the last year.

The corporate bond market has turned on more red lights.

Credit default swaps for the State Bank of India – seen as an indicator of India’s default risk – widened to a 9-month high this week, before falling back on Tuesday after aid was announced American vaccines, according to data from the CMA.

SBI Funds Management, India’s largest asset manager, said it was monitoring the financial sector, as the relief announced by the authorities, such as a debt moratorium, obscured the true picture of the stress from the pandemic.

Across all sectors, some borrowers find it more difficult to tap the credit market. Class A and lower local currency banknote issuance fell to its lowest level in 10 years at 1.8 billion rupees in April.