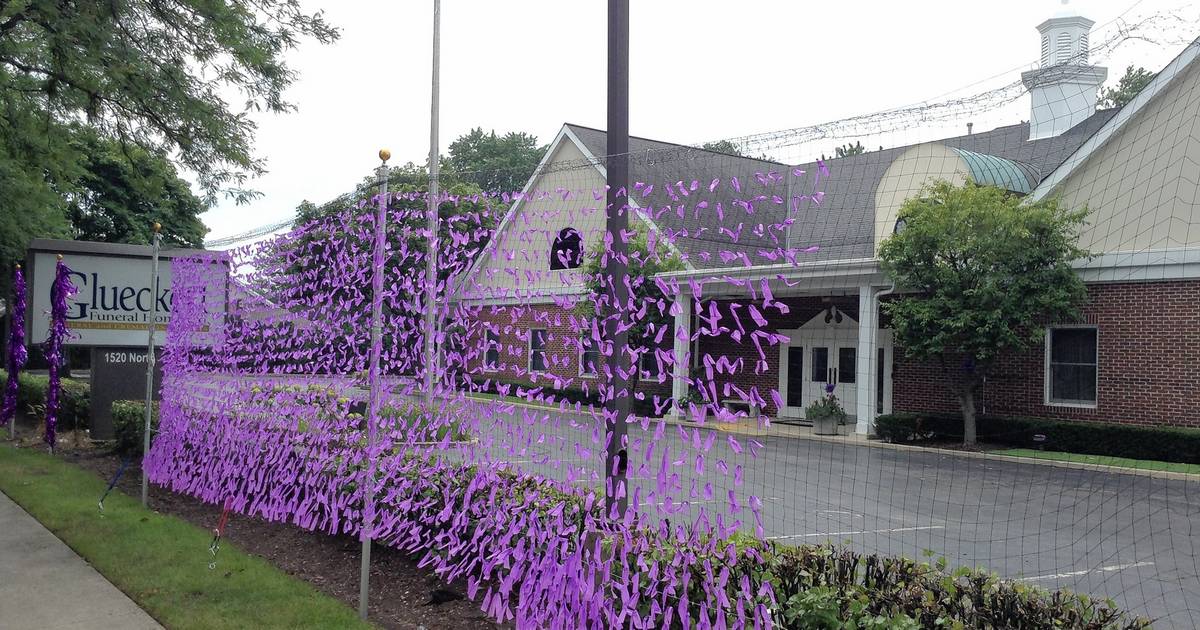 “Each of these ribbons is an individual, their family and their friends,” said John Glueckert Jr., owner of Arlington Heights Funeral Home. “It’s overwhelming.”

Glueckert and his family have held funerals for a growing number of opioid overdose deaths – 10 in 2017 and already eight this year – prompting them to hold a series of training sessions for the public on how to administer the opioid reversal medication naloxone correctly.

The week of events concludes with a candlelight vigil from 5:30 p.m. to 7:30 p.m. Friday in Lake Arlington – on International Overdose Awareness Day – to remember those who have lost an overdose.

“It just got to the point where we felt we had to do something,” Glueckert said.

Free sessions, moderated by Glueckert and other funeral home staff, last approximately 45 minutes and do not require an appointment. Participants learn to recognize the signs of an overdose and the steps to take to properly administer the life-saving antidote.

Each person who completes the training session receives a vial of medication courtesy of Live4Lali, an Arlington Heights-based non-profit organization that also runs training sessions throughout the year.

This is the same advocacy group that held naloxone training sessions in January 2016 following Russell Eilrich, who died of an overdose of heroin containing fentanyl.

The parents of the 21-year-old, Denise and Tim, wanted to make sure family and friends were educated, in an effort to prevent further deaths.

“It sticks to me,” Glueckert said. “It made me aware of this crisis.”